Let’s Go on The Great Loop! 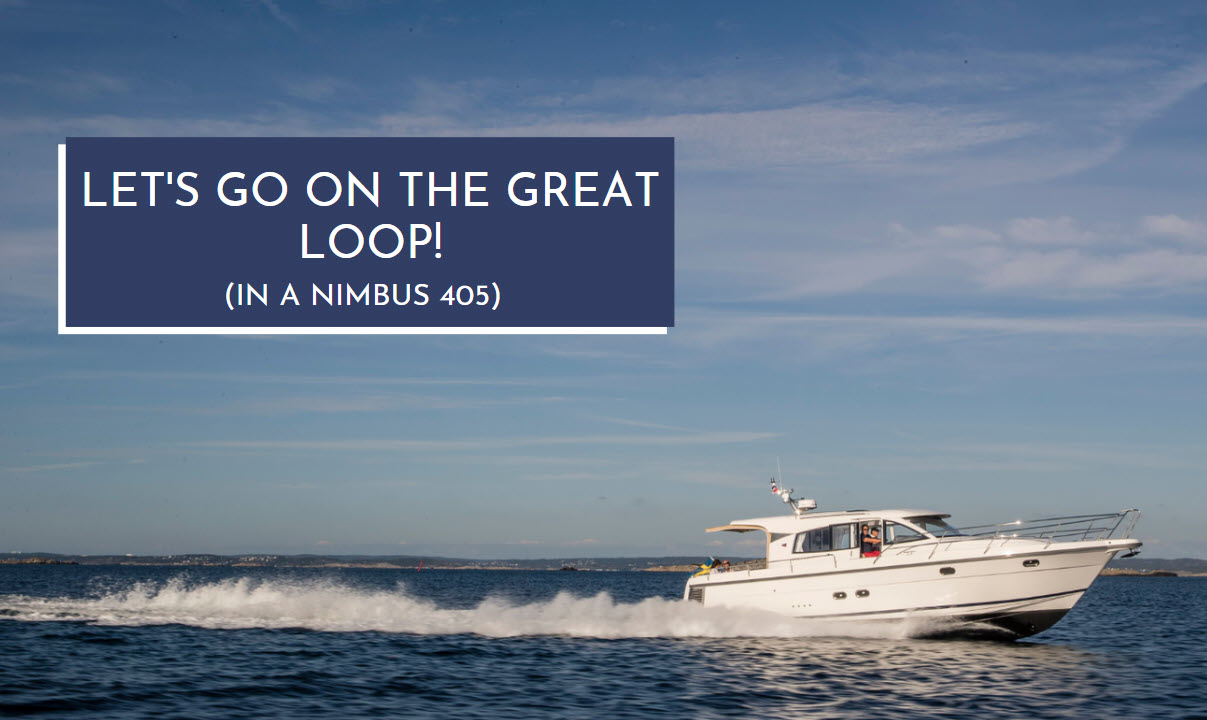 I will spend the next seven months following the adventures of Sidonia and Fred St. Germaine. The couple is doing the Great Loop, at least a large portion of it, and will share their travels with us. It should be entertaining and inspiring for those who dream of doing the Loop one day. 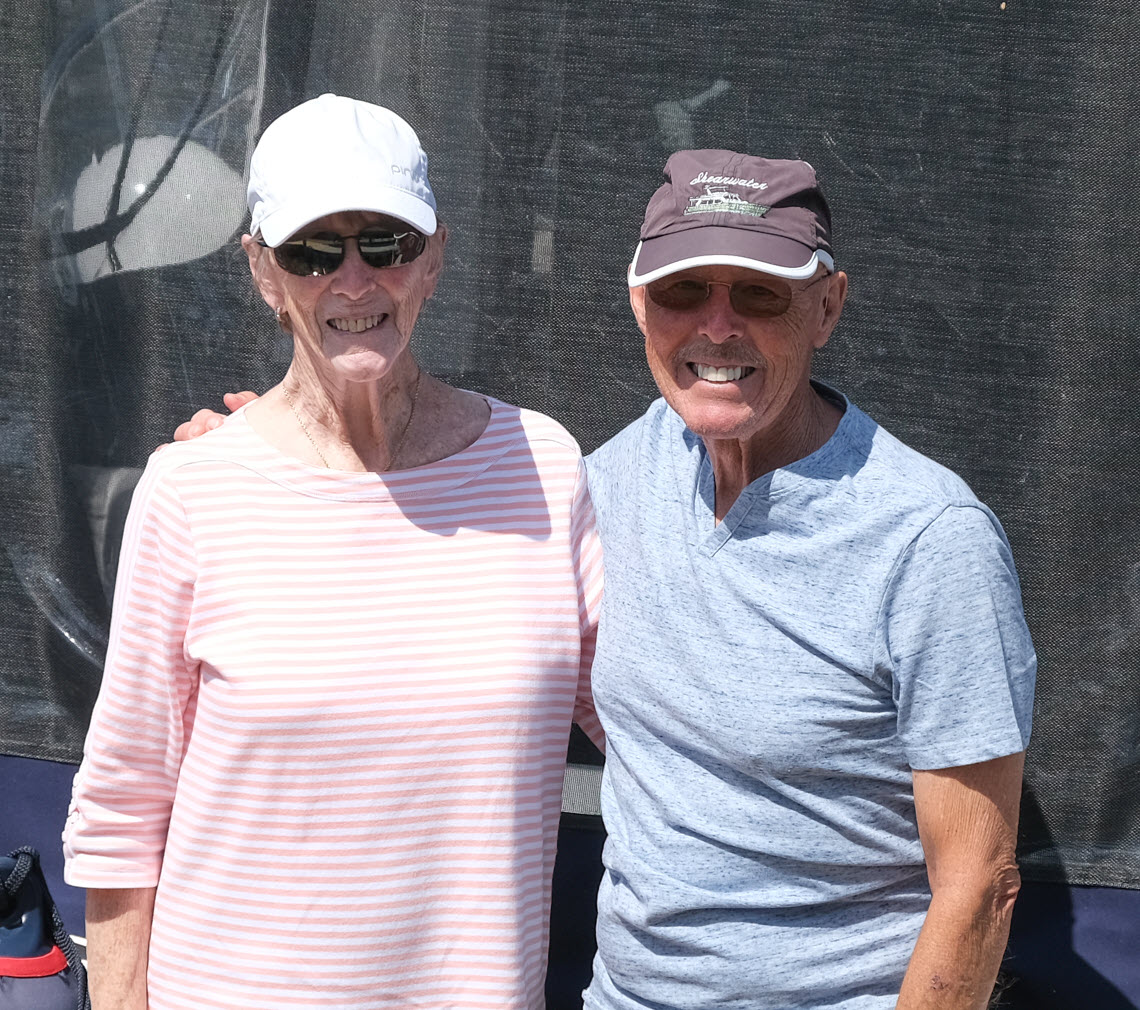 The couple keep their 62-foot custom trawler, Shearwater, in Anacortes, Washington. This is their third trawler named Shearwater, and she has already provided them with many adventures. They shipped her from Victoria, B.C. to Florida in 2010, and cruised the Bahamas for the winter. Then they enjoyed a leisurely cruise from Florida up to Maine and back.

The couple decided they wanted a boat specifically for the Great Loop, as Shearwater will stay in Anacortes. They purchased a new Nimbus Boats 405 Coupe from Seattle Yachts, a well-equipped boat that is perfect for a couple and their cat on this waterway adventure.

The couple named the boat Last Item, as it is the last item on Sidonia’s bucket list. While the couple has already done a great deal of cruising, the attraction of the Great Loop is that it is something quite different. 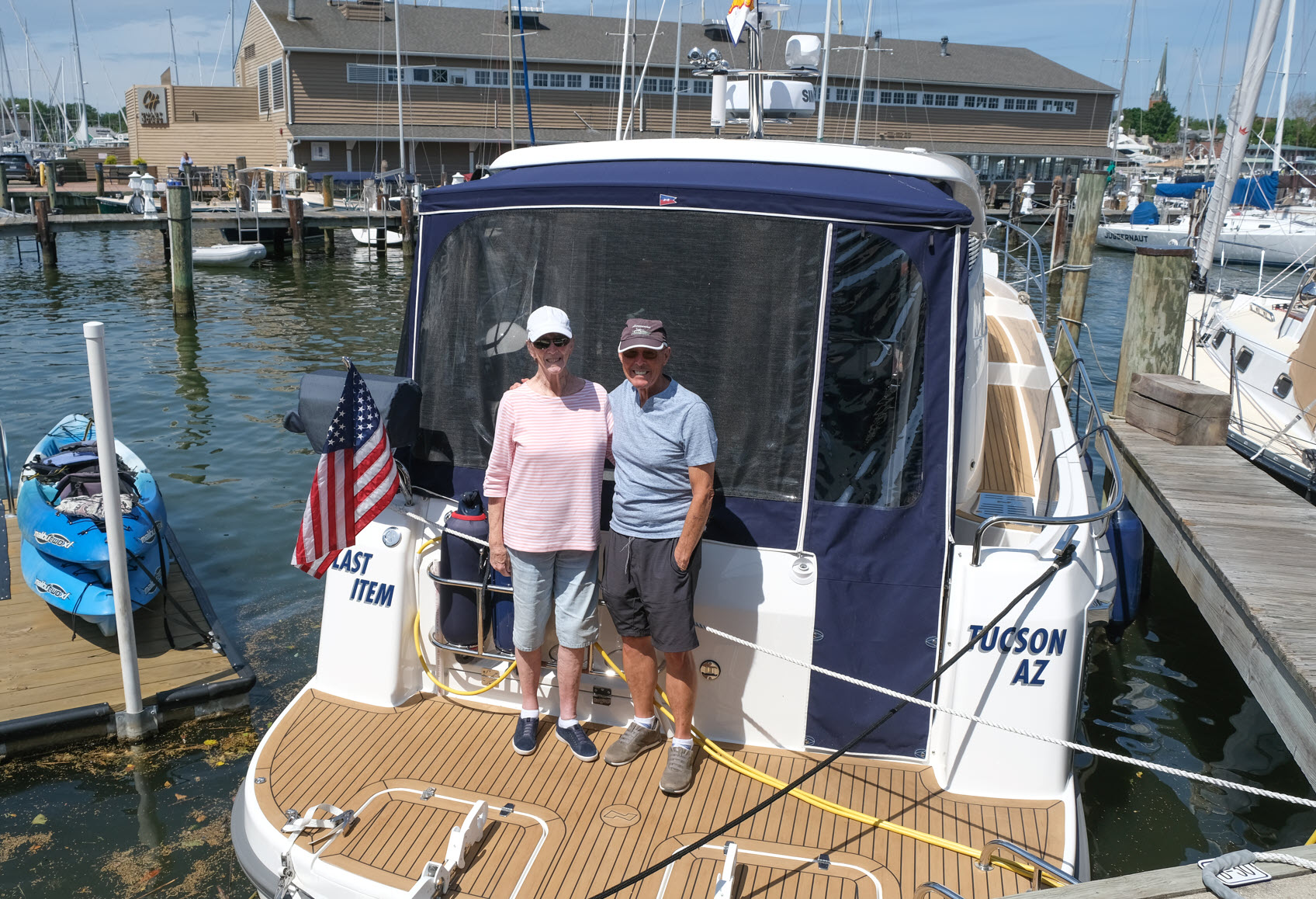 Sidonia said they are most excited to visit parts of this country they have yet to experience. Nashville, Michigan, the Hudson River, Trent-Severn Waterway, and the Tennessee-Tombigbee Waterway are all places they want to see.

The couple has already explored the East Coast on Shearwater, so they decided to tailor their Great Loop to just those sections they have not yet seen. They will leave Annapolis before the end of May and expect to reach Florida in about seven months. Then the plan is to sell the Nimbus Coupe once they arrive in Florida.

The Nimbus 405 Coupe is the perfect choice, and the flagship model of the Nimbus line. It is a three-stateroom cruiser powered by twin Volvo D6-380 diesels, which give a cruising speed of 25 knots. With a draft of only 3.5 feet, and no flybridge, the form factor of lower vertical clearance and shallow draft will be appreciated when cruising the inland waterways. Last Item has both bow and stern thrusters for the ultimate in maneuverability.

The boat’s lines are sleek and modern. The salon has the traditional, open layout typical of Scandinavian design, and her large windows provide outstanding visibility which will be wonderful while cruising the waterways. It is a perfect two person cruiser, with cleats easily reached, including one just outside the helm door for line handling while transiting canal locks.

One interesting feature of the Nimbus is the company’s patented "Side-Walk" design, an asymmetrical deck layout that offers a wide side deck on the starboard side of the boat up to around the bow. This will be of great value transiting the many locks of the canals, while also providing more interior volume for greater comfort and livability. 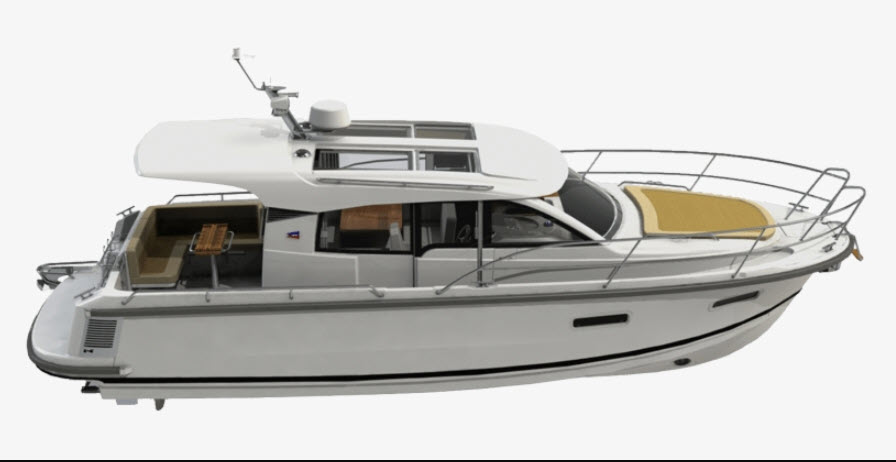 In their first week or so on the boat, they went out on Chesapeake Bay to get settled on the boat, and Fred found her quiet and smooth running.

Sidonia, on the other hand, says she finds the boat more tender than she is used to, although she is comparing the motion to that of their much larger and heavier trawlers. It will take getting used to. She said she is very relaxed on their 62-foot Shearwater, and has no anxiety whatsoever, as they have covered quite a few safe and comfortable miles aboard the custom trawler.

She went on to say they cruised on their previous DeFever 49, from Alaska down to Mexico, Costa Rica, Panama, Columbia, to Venezuela, then through the Panama Canal to explore the Caribbean. She was extremely confident and relaxed on that boat, even when the boat rolled over on her side in rough seas, far enough over that Fred was tossed out of his bunk and slid across the cabin. Despite this freak event, Sidonia remained totally relaxed, with full confidence in the boat.

Last Item will no doubt earn Sidonia’s trust in the coming months.

Unlike new boat owners who take on the Great Loop, Sidonia and Fred’s many years of cruising together means they are not overstocking the boat with provisions and spares, as so many do. They know they are not cruising up the Amazon, but rather the inland waterways of the U.S. and Canada. But as veteran cruisers, they have his and her binoculars, spare props, fuel filter elements, and impellers.

They plan to pick up their son in Liberty Landing Marina in Jersey City, New Jersey. He will be crew for a couple of weeks as they head up the Hudson River and transit the Erie Canal. He will leave them near Rochester, New York. That is about the only set schedule the couple have planned, and the only reservation they’ve made so far is Liberty Landing Marina. The rest will unfold each day as it will. This is cruising at its best.

Sidonia is going to send me notes and images of their travels, and I plan to report regularly as they make their way around the Loop. Perhaps I might even drive out to meet them at some point. My intention is to offer a glimpse of what makes this trip so popular, and why it is on many people’s bucket list.

It is all about the boats, the people, the destinations, and the lifestyle.

It should be a grand adventure.

Update #3: Up The Hudson To Waterford

Update #5: Big Water Ahead As LAST ITEM Heads to Oswego

Update #6: A Taste Of The Thousand Islands

Update #7: Into The Trent-Severn Waterway

Update #8: Deeper Into The Trent-Severn

Update #12: Gunkholing Down The Wisconsin Coast

Update #17: Cruising In The Tenn-Tom 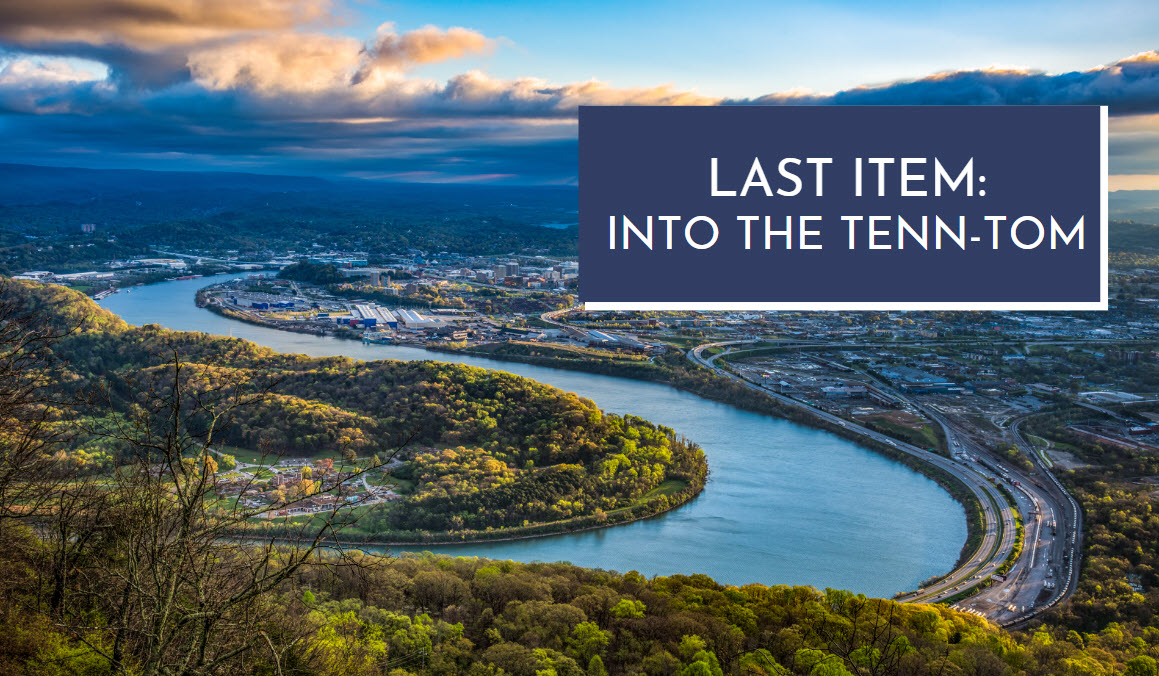 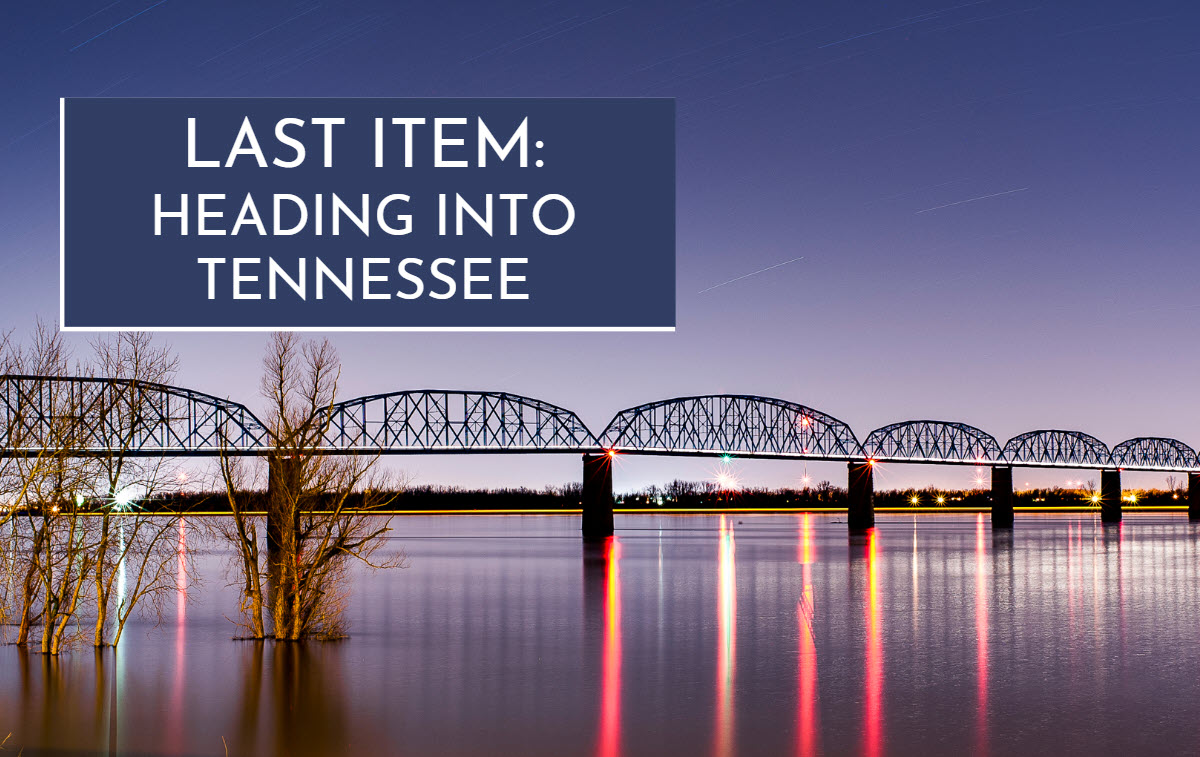 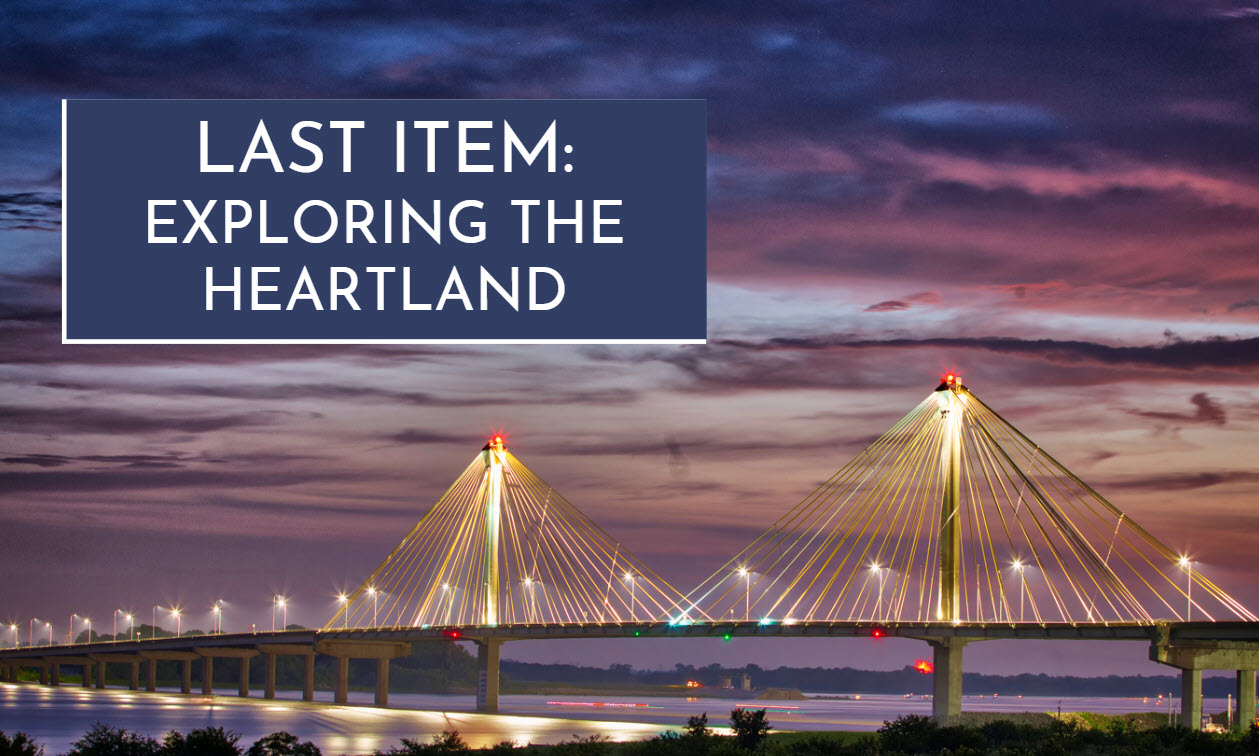