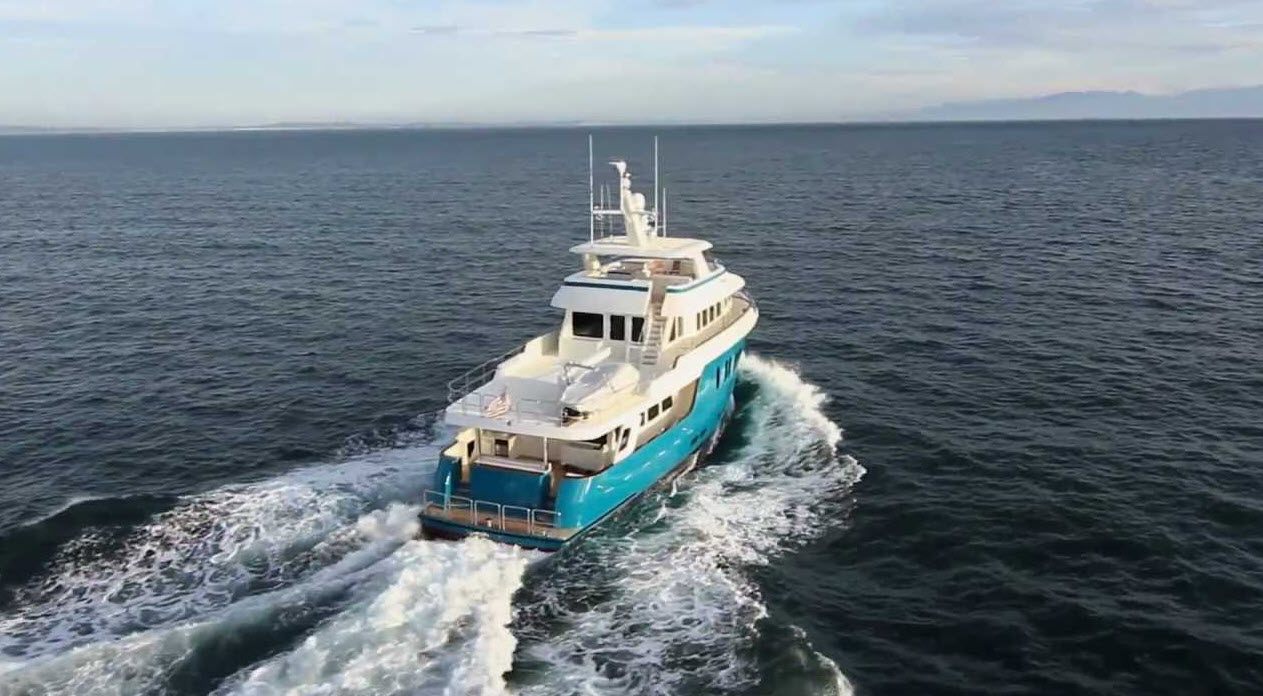 Although not a large shipyard by world standards, Northern Marine has nevertheless been a major player on the custom yachtbuilding scene since it was founded in 1995 by Richard “Bud” Lemieux.
Prior to opening Northern Marine, Lemieux had built yachts and small commercial vessels for more than two decades at Delta Marine in Seattle. And he brought to the new venture his accumulated high level of expertise and dedication to producing high-quality, solidly capable seagoing yachts.

Starting with the Spirit of Zopilote, a 62-foot long range cruiser (LRC) that Northern Marine completed in 1997 for well-known TV producer Bruce Kessler, the yard successfully completed some 28 handsome and exceptionally rugged yachts, from 35 to 152 feet LOA, before it underwent a change in corporate ownership in 2006.

(Seen below: The Spirit of Zopilote cruises in front of the Statue Of Liberty.) 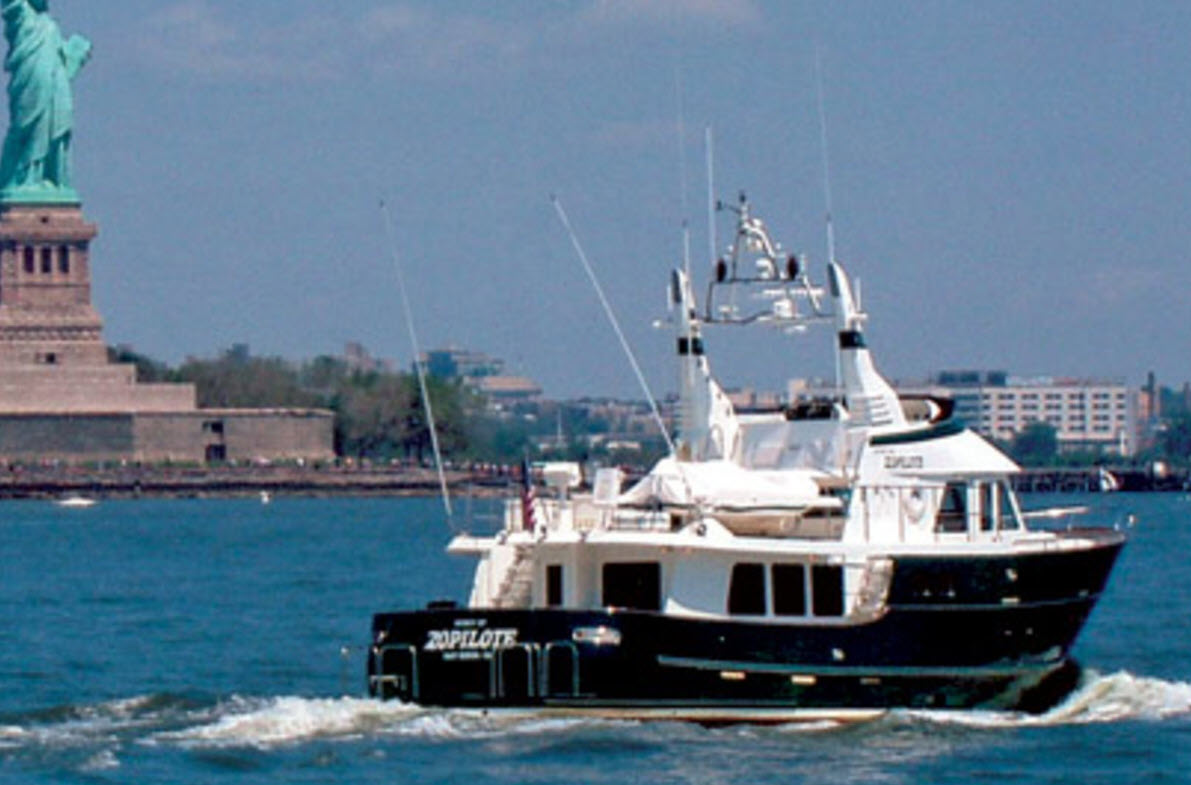 Many of the yachts produced during that early period were expedition yachts in the genre of some of the stout fishing trawlers that Bud had built during his Delta Marine years. However, some were significantly larger and seriously more luxurious. For example, the magnificent 152-foot globe-girdling megayacht, Lia Fail (later renamed Sorcha), was a fully qualified example of world-class luxury motor yacht construction, fit, and finish.

In 2007, the 80-foot trawler-style yacht, Julianne, won the Showboats International magazine award for Best Full-Displacement Motor Yacht Under 45 Meters. Speaking to Showboats International, owners Larry and Joan Castellani explained that they did not want big, that instead, they wanted perfection and proportion in a small package. Because they enjoyed driving their own yacht, the couple specified accommodations for a captain and wife team as the vessel’s sole crew. The result was a beautiful, rugged, and ergonomically efficient single-screw FRP world-beater that captured the SBI award that year for yachts of her size and type - clear testimony to Northern Marine’s capabilities on the world market.

Over the years, Northern Marine held a leading position in the yacht building industry out of proportion to its “size” - particularly in the development and employment of leading-edge construction technology. Northern Marine was, for instance, one of the first north American yacht builders to adopt resin-infusion composite techniques for maximizing strength-to-weight ratio hulls and superstructures. This tradition of technical development and advancement continues strong today.

Like most yacht yards in north America, Northern Marine felt the hard times wrought by the economic recession of 2007-2009, and the yard moved through a succession of ownership until, in 2011, a former Northern Marine employee assembled a team that licensed the Northern Marine brand and began building two expedition yachts at the shipyard, an 80-footer and a 90-footer, both tri-deck vessels. Unfortunately, a couple of years later, a launch accident, which had nothing to do with the design or construction quality of the 90-footer involved, slowed the yard’s post-recession recovery. Until 2015, when a Northern Marine customer, Jay Bernstein, who was having the 57-footer, Agave, built at the yard, decided to acquire a controlling interest in the company.

(Seen below: "AGAVE" is currently listed for sale with Seattle Yachts.) 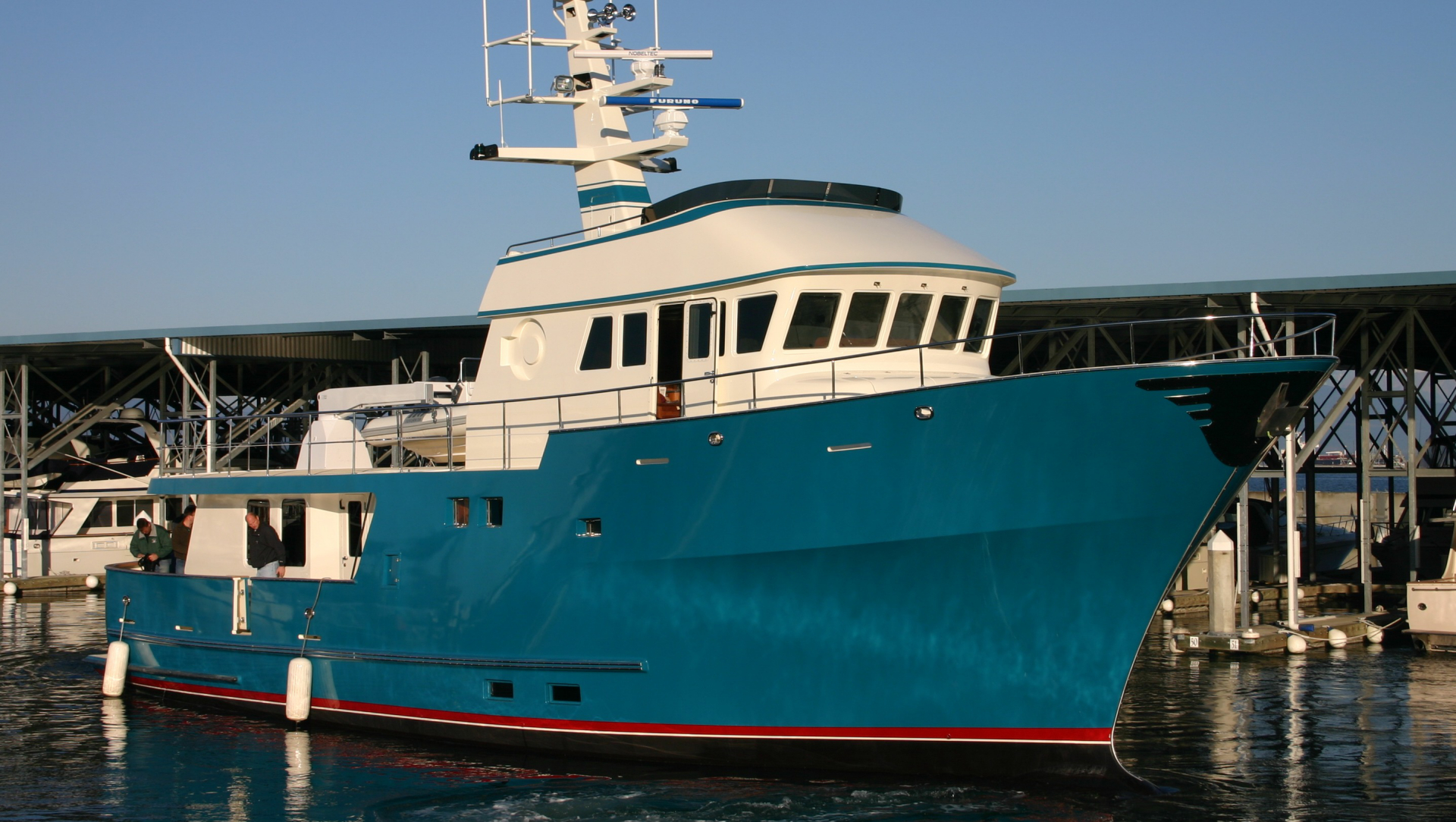 As an experienced yachtsman and a customer with a yacht under construction, Bernstein appreciated the huge reservoir of talent and experience that had accumulated at Northern Marine over the previous two decades. After spending time on his new yacht, which was launched in early 2017, he decided he could pilot the yard and the company forward to new heights.

Then, misfortune struck once more when Bernstein died in a freak mountain biking accident in November 2018. That, however, is not the end of the story.

Notwithstanding the obstacles and setbacks faced by Northern Marine at various points in its history, the shipyard and company amassed a record for more than forty builds, each one a prime example of her class and size, superbly constructed and deftly finished. Through several changes in ownership, the company has been able to preserve its core labor pool of highly skilled and experienced craftsmen, as well as its central design, engineering, and project management team. And therefore, when the opportunity arose to acquire the assets of the company, Peter Whiting, Managing Partner of Seattle Northwest Yachts LLC didn’t hesitate.

Whiting, a trawler yacht enthusiast and builder of the Northwest line, was already well-established on the yacht sales and brokerage scene in Anacortes. He was also long acquainted with the key members of the Northern Marine team and many of the yachts they had built. The fit looked right to him. And he understood well the advantages offered to customers by a relatively small semi-custom shipyard. So, after a period of negotiation, he and his partners in Seattle Yachts purchased the assets of Northern Marine, including the brand, the intellectual property, existing tooling for several different sizes of hulls and superstructures, the yard facility and equipment, a completed 57-footer, and one in process. Coupled with a rising demand for domestically built full displacement yachts in the 50’ to 90’ range - Northern Marine’s sweet spot - the match portends a bright future for the company going forward.

Also read: Northern Marine Is Back! By: Bill Parlatore