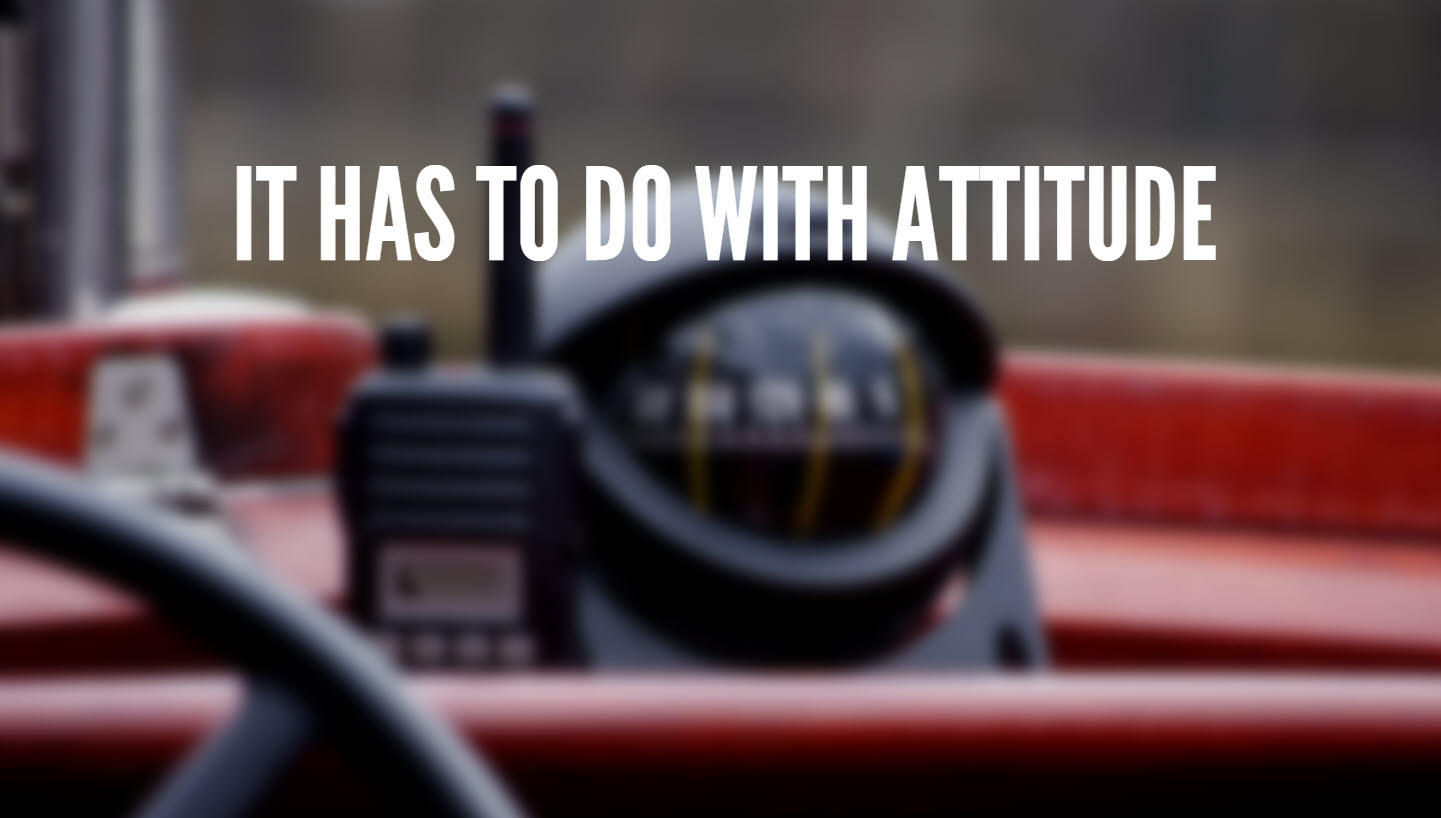 We wrote many articles on this subject over the last 25 years, but when I look back at them, I realize many things have changed…

There was a time when every marine professional recommended that anyone going cruising should carry spare parts for just about everything in the boat, however unrealistic that was. Seminar after seminar, the message was always the same. Yet the sheer expense of carrying around such redundancy, assuming it would even fit on the boat, made that impossible.

It is 2020, and look at the world we live in. If one cruises anywhere in North America, as long as there is cell service, Amazon, FedEx, UPS, USPS, and DHL are but a click away. Guaranteed overnight delivery is a valid alternative to local suppliers, who also may have what you need on their shelves.

I am not talking about going around the world, crossing oceans to primitive island chains without services of any kind. There is no question that getting special engine parts delivered to Tonga or Hiva Oa in a timely manner remains a challenge. But that is not relevant to all of us who are coastal cruising. Even importing parts into the Bahamas is not the expensive process it used to be.

I wrote recently why it is best to buy a new boat to ensure reliability and trouble-free cruising. Today’s cruising boats have much more reliable systems, engines, plumbing, electrical systems, wiring, tanks, and other materials than ever before. It is quite reasonable to assume a new boat will support one’s cruising adventures without needing much more than routine maintenance.

Even the advice we preached over the years about hourly engine room checks is mostly a thing of the past. Diesel engines used to consume oil, some quite a bit, in fact. But today’s engines, with their tight tolerances to meet strict emissions standards, do not. Checking fluid levels and a general engine room inspection at the start of each day is enough. We have engine room cameras and electronic control modules on modern engines that warn us of issues before there is a problem. Gauges even tell us when the fuel filter is getting dirty.

(See below: The helm of the American Tug 485 has all engine and fluid controls. This is common on today's newer cruising boats.) 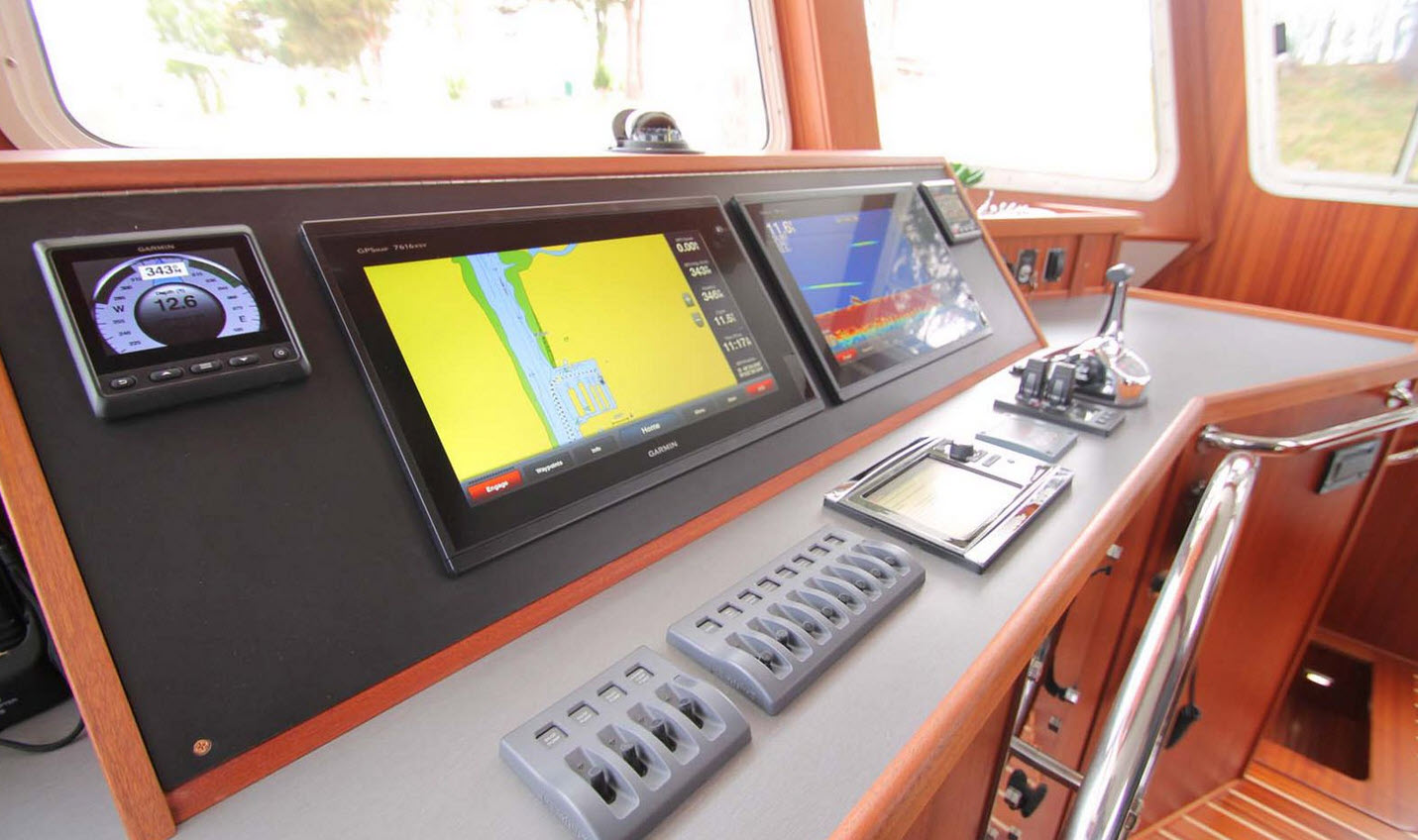 For those of us with older boats, it is a somewhat different story. I recently walked around a 20-year-old Grand Banks with a friend. We talked about their cruising plans with the boat, which they bought a couple of years ago and are still getting to know. The Grand Banks is in good shape, as it was well maintained by its previous owners.

My friend asked me about spare parts, and what he needed to put together before they went off for the summer to cruise New England. And the conversation got me thinking about all that we wrote about before, and how much of that advice is no longer correct.

In my mind, much of this has to do with one’s attitude. I know couples who cruise at what some might think is a minimal level. They hope for the best when they leave the dock. They are optimistic people, and if something breaks, leaks, or fails, they deal with it as best they can. Again, they are not miles offshore, just out cruising.

However, I know a lot more people at the other end of the spectrum. They prepare for the worst, having attended too many seminars that focus on what can go wrong. These cruisers carry all sorts of parts, spare props, alternators, injectors, starter motors, system rebuild or repair kits, and everything else that made it to their “what if” folder. When they eventually sell the boat, this expensive inventory goes to the new owners.

Centered in the middle, I offer some suggestions based on a couple of assumptions. Let me use that Grand Banks 42 as an example, or another friend’s motoryacht from the mid-’90s that I am familiar with.

There are projects I would probably do on the boat before heading out for the summer. This is based on my experience and common sense, and to get familiar with its systems. On either of the above boats, I would rebuild the heads to ensure all parts are new and fresh. I would replace the hot water heater’s thermostat, which is another one of those forgotten items that only gets attention when it fails. This is an important point I want to make here. There is usually one part in any system, a potentiometer in an active fin stabilizer system, for instance, that is a single point of failure. When it goes, it takes out the rest of the system. That is precisely why most trawler yachts now have dual, switchable fuel filters.

I would find out what the single points of failure are on this Grand Banks and replace them, given the age of the boat.

I would replace all outside lighting with LED fixtures, so no worries at night. If the anchor windlass is older than 10 years, I would have it rebuilt, because it is better to have it professionally rebuilt than carry spare parts. I would have the heat exchangers on the engines and generator flushed with Barnacle Buster, something that is good to do on a regular basis, anyway, rather than wait for some issue to surface, such as an overheating diesel. I would carefully inspect the steering gear to make sure there are no leaks in a hydraulic system or worn cables or sheaves on a mechanical steering system.

(Seen below: Rust and normal wear-and-tear can wreak havoc on your anchor windlass. If more than a decade old, have it rebuilt by a pro.) 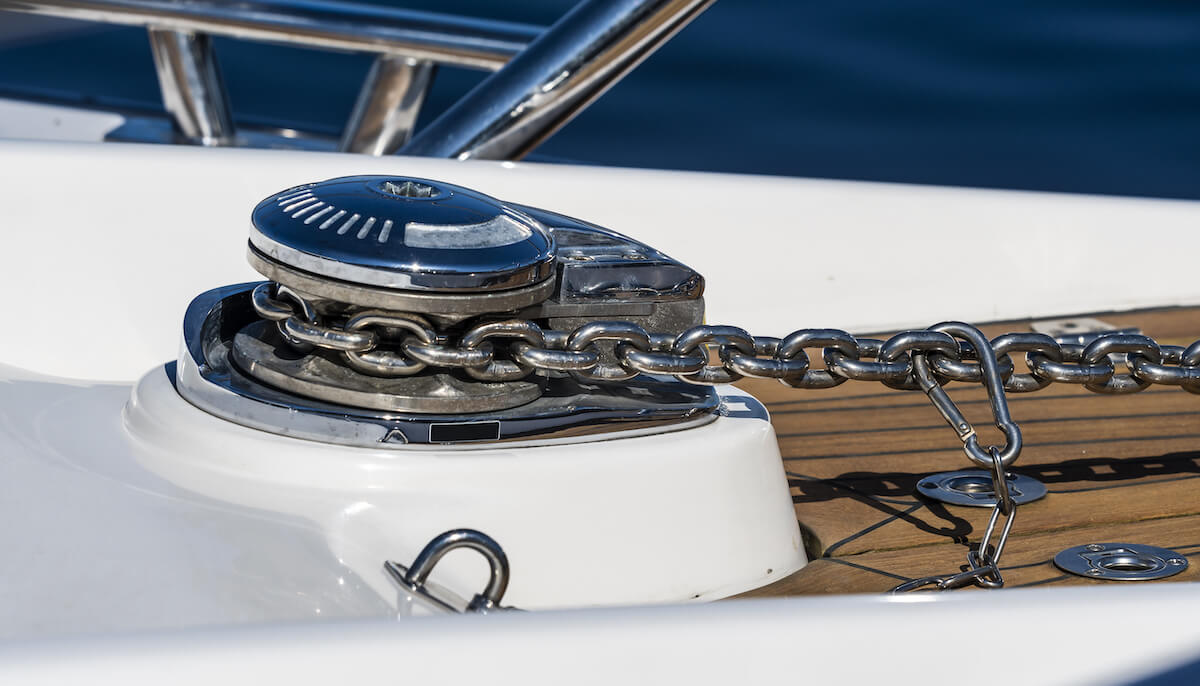 Now the matter of spare parts. There are several categories of spares, but first ask yourself this key question:

If this thing were to fail, break, or leak, would it make the boat unsafe? If the anchor windlass failed, it could put the boat and crew in real jeopardy. Losing the steering or engine would also be a very unhappy situation. So, the critical parts of those systems should be a focus of attention. (Fuel related issues are the most common diesel engine problem but can be minimized by adding additional filtration.)

Or would that failure just make life aboard inconvenient or uncomfortable? Losing the air conditioning during the summer would be uncomfortable, yes, but not life threatening. If there are windows to open and fans on the boat, life could go on. Heck, we lived like that when we were young, and we survived. If the coffee maker or watermaker broke, we could ration and adapt, but no one’s life is in danger. If a stabilizer actuator failed, the show could still go on. Even losing the autopilot, while a super pain, is not life threatening. We are coastal cruising, after all.

The VHF and SSB antennas on my friends’ 55-foot cruising motoryacht have serious fiber blooming. (UV eventually deteriorates the fiberglass on the antennas and one can see and feel bare fiberglass strands where the resin outer surface is gone.) But the antennas still work, and are expensive to replace, so they have handheld radios as spares as they cruise the Chesapeake Bay.

So, with the perspective provided by that question, and what you feel is important as it relates to you and your crew, you can then decide what spares are important to have on the boat when things happen. While losing the air conditioning may not be life threatening, there is no way our cruising would continue, so I would make sure I had the necessary spares for that system. And that would most certainly include the raw water pump.

According to documentation from WheelHouse Technologies, a company that specializes in yacht spare parts inventory and management, the items that most often fail are raw water pumps, corroded electrical wiring, and seals of various kinds. It would be prudent to carry replacement pumps, or parts kits, for those if these systems are important to you.

In another category are consumable spares, which are needed regardless of where the cruising takes place. These include fuel and oil filters, extra coolant, belts for the engines and genset, oil, impellers, and zincs. They are all integral to the regular maintenance of the boat and its systems.

General maintenance and repair spares include grease, electrical and Teflon tapes, WD-40 and other lubricants, fiberglass repair kit, epoxy, sealants, fasteners, and all those other items that come aboard until needed. Unfortunately, I’ve lost count how many times I reached for that unopened tube of caulk, only to find it rock solid and worthless. So even some of the general spares need fresher spares.

If you are creative, you might have other things on the boat that can be used for repairs in a pinch. I once used dental floss to secure a Bimini top that came loose while chartering in the British Virgin Islands. The only tool on the boat was a rusty pair of pliers.

The final category of “spares” includes those permanently installed. A second VHF radio is a good example. I always install a second radio. Back up bilge pumps are another great idea. And on any future cruising boat I will insist on redundant autopilots. (Autopilot failure was the number one failure on every new trawler I was aboard. It was almost guaranteed.)

My feeling now is that where we once insisted every boat owner be prepared to rebuild his or her boat careened on the beach of Gilligan’s Island, this simply no longer applies to our cruising experience. This is especially true if we are within range of TowBoatUS, or Sea Tow on the East and Gulf Coasts. Roadside assistance of some kind is available in many popular cruising areas, so we can focus on enjoying our time on the water with family and friends.

Those sea stories of Eric and Susan Hiscock, Hal and Margaret Roth, and Lin and Larry Pardey belong to a different age, a different world. Our cruising world no longer demands the extreme self-sufficiency capabilities of those cruising pioneers. The equipment on our boats today is robust, well-engineered, and reliable. With respect to those seminars about what can go wrong, let us leave anxiety on the dock. Go enjoy the movie Captain Ron again.

It is now about enjoying the modern cruising experience, meeting new people, and exploring new places. It is a lifestyle that puts adventure on a scale that is fun, safe, and comfortable.

And the money you save from not buying all those expensive spares will more than pay for all those Pina Coladas and hot buttered rums, wherever paradise finds you.

Other Articles By Bill Parlatore: